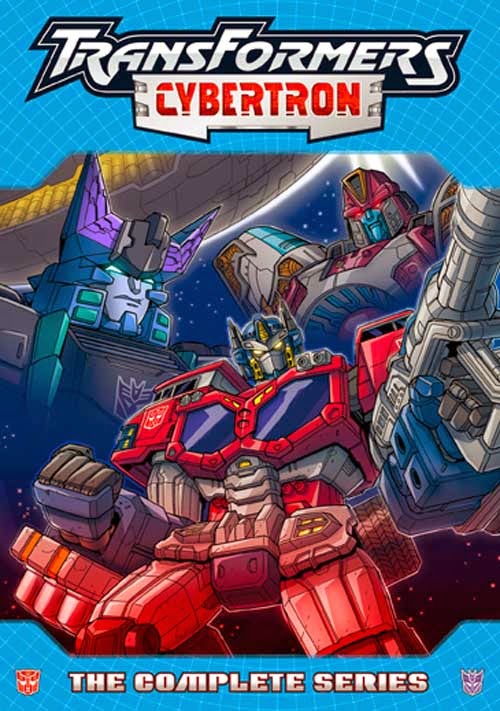 Are you a fan of Transformers. I know that I have a 6 year old boy who is a huge fan of Transformers. We received the Transformers Cybertron: The Complete Series. On August 5th 2014 from Shout! Factory the complete set that include 7 DVDs will be released. When my son found out that this series was about to come out on DVD he was very excited to be able to review it.
Here is a little background about Transformers Cybertron:
This summer, relive some of the most astonishing classic action battles of ROBOTS IN DISGUISE and complete your home entertainment collection of the rare UNICORN Trilogy. On August 5, 2014, Shout! Factory, in collaboration with Hasbro Studios, will release TRANSFORMERS CYBERTRON: THE COMPLETE SERIES, featuring all action-packed episodes collected in one deluxe 7 DVD box set. Whether reliving the childhood memory or discovering this series for the first time, this is an essential home collection for every fan, collector and entire family to complete their Transformers home entertainment library. This complete series 7 DVD set is priced 44.99.
In 2005, TRANSFORMERS fans were introduced to the animated series TRANSFORMERS CYBETRON, the third installment of the rare UNICORN Trilogy- consisting of AMANDA, ENERGON and CYBERTRON. UNICORN has been defeated, but his destruction has created a black hole, which is threatening the AUTOBOTS' home world of CYBERTRON. It's up to OPTIMUS PRIME, his team of heroic AUTOBOTS and their new human friends- Coby, Lori, and Bud- to secure the four mystical Cyber Planet Keys, in order to destroy the black hole. Unfortunately, MEGATRON and the DECEPTICONS are always lurking. And if they Cyber Planet Keys fall into their hands, it could mean the end of life as we know it. The race is on.

Overall thoughts: If you have a child or pre-teen who love Transformers like I do they will absolutely love this DVD collection. When you are watching this series you will need to be familiar or have an understudying about this series. IF you do not you may be a little loss at times and be confused what is going on. With my 6 year old he was a little confused, but he did not care at all. He enjoyed his favorite characters and was hypnotized by this series. Although I do have to limit on how much he watches per day. This has a lot of episodes so it keeps him occupied. I would recommend this series and it would be a great DVD to add to the collection.