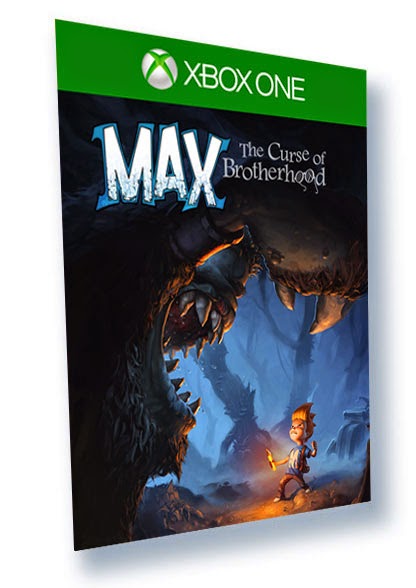 I am excited to announce that I was given the opportunity to giveaway two Xbox 360 codes for the game Max: The Curse of Brotherhood. That is right I have two game codes for two lucky readers!
A little bit about Max: The Curse of Brotherhood: When Max wishes for his annoying little brother, Felix, to be whisked away by unknown evil forces, he gets more than he is bargained for. Armed only with a maker and hope of undoing what he has just done, he sets out on a perilous journey across the deserts, eerie lantern-lit bogs, ancient temples and lush green forests to get his younger sibling back. Along the way Max gains the powers to manipulate his environment and overcome seemingly impossible obstacles.
This game rating is everyone 10+ this game have fantasy violence and mild language. If you want to enter to win 1 of 2 codes for Max: The Curse of Brotherhood. Enter Below.

I received two codes to give to two winners. After the giveaway has ended you will have 48 hours to claim the prize. After claiming the prize I will email you a code that you can redeem on your Xbox 360. You will not receive and actual game disc. Good Luck and Enter Below.