Rooster Fin (Masheroo The Game of Mash or Be Mashed) 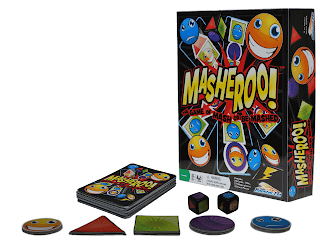 Family Game night is very popular in my home. My son is big time into playing games. Rooster Fin is a website that carries different educational games. I had the chance to talk to Joe the designer and developer of educational games. I found out a cool fact that he is gong to be attending Toyfair 2013 this year. So if your are going make sure you stop by and say hi. Well I was given the opportunity to review one of his games called Masheroo The Game of Mash Or Be Mashed. When we received this game. My son was very excited and wanted to try it ASAP. Masheroo The Game of Mash or Be Mashed is built around simple pattern designs. These pattern designs consist of three shapes and two faces. You need to use logic, diplomacy and have luck in this game to be able to succeed. Sometime you may have to bargain with the other players.

When my son and I tried this game for the first time we were excited. He loves to play games that give him a challenge and loves to figure out different kinds of puzzles. In this game each player has a different patter card that they must build to be able to win. Each player takes turns rolling a pair of dice. After rolling the dice you try to match the playing pieces to their patter card. On each turn players must use one of the sides rolled to build or help an opponent. When you roll a Masher Bolt you get to destroy the opponents row.

Overall my son had a lot of fun playing this game. He is four years old but will be five in a week. It was very easy for him to play and he was not confused after I explained it to him. My biggest fear is that my son will loose interest while playing. That did not happen after we were done playing he wanted to play again. I would highly recommend Masheroo The game of Mash or Be Mashed. If you want to find this amazing game you can go to their site at http://www.roosterfin.com/

a Rafflecopter giveaway
at February 04, 2013

Shari Berries Review I was given the great opportunity to review an item on  Shari Berries . When I first started looking around their site ... 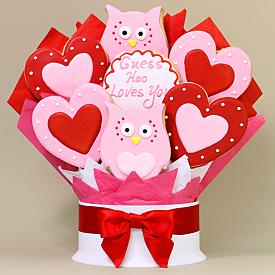